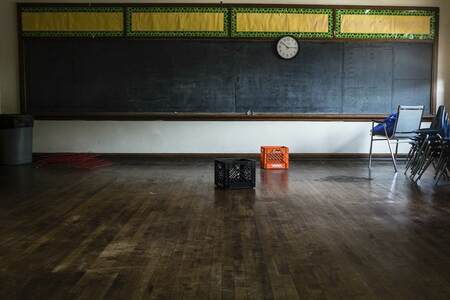 Pass a full, fair funding formula for public education, including making corporations pay their fair share. It’s time for Pennsylvania to be #1 in how much we invest in and love our children – not in unfair funding.

In the biblical story of Exodus, Pharaoh tells his field hands to stop giving straw to the enslaved Hebrews as they make the bricks to build his pyramids. “You are no longer to supply the people with straw for making bricks,” Pharaoh says. “Let them go and gather their own straw. But require them to make the same number of bricks as before.” (Exodus 5:7-8)

The same thing is happening in Pennsylvania today – more and more is being demanded of our children across the state, but there are fewer and fewer resources to educate them.

Our schools are underfunded and Pennsylvania has the largest funding gap between rich and poor districts in the whole nation. Meanwhile, families are asked to shoulder more and more of the burden for school funding.

To get the to promise land of fairness and justice, we call on the PA State Legislature to pass a new funding formula this year (we’re the only state in the whole country without a fair and consistent way to decide how much funding our schools get!). We also call on them to have the moral courage to transform our tax system so we will have enough revenue to provide a 21st century education for all of our kids.

As people of faith in Pennsylvania, we believe every child is made in the divine image and deserves our full investment.

As people of faith in Pennsylvania, we say Never Again to our children dying during the school day without full-time nurses present.

As people of faith in Pennsylvania, we demand arts, music, small class sizes, and all the resources that will allow our children to thrive, not just survive.

We have enough resources to educate every child, so why are our public schools so underfunded? The answer is a deep moral crisis.

Governor Wolf has proposed an increase in state education spending for next year… but it’s only 15% of what is needed to fully fund schools and it doesn’t undo shameful racial bias in how funds are distributed. And, at the same time that we are being told there’s only enough to fund a fraction of our children’s education, the Governor’s plan also proposes a decrease in taxes to corporations. That’s like telling the enslaved Hebrews there isn’t enough straw, while letting wealthy supporters hoard it. We need the Legislature to take the lead on full, fair funding that doesn't come disproportionately on the backs of our families.

Since March 23rd, clergy, parents, and whole faith communities across the state have been fasting for a day or more to call attention to the urgent need for corporations to pay their fair share so we’ll have full and fair school funding. We’ll keep fasting until June 30th, the deadline for the Legislature to pass a budget.

Show your solidarity with our fast by signing this petition and tell the Legislature to pass a moral budget. Our children deserve the resources to thrive – not to do more with less.

We will deliver this person in person to Senate and House leadership the week of June 22nd, when people of faith will occupy the Capitol for 10 days in Harrisburg by bringing our fast to legislators' doorsteps.