To: each and every human being

Heaven Can Be This Moment Through Our Choices 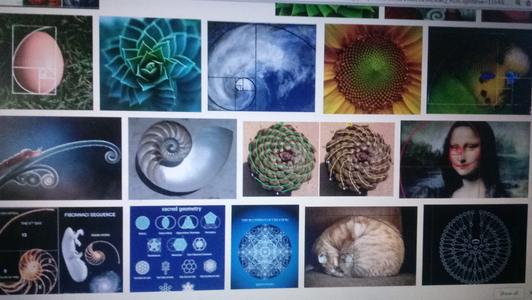 Honor, respect and appreciate the natural creations we are bound to in our existence on this earthly plane. Be mindful that all of life is a reflection of a reflection.

If we are using our water of life to nourish things of little value such as golf courses, water bottling profiteers, and livestock feed lots the reflection is arrogance, greed and tortuous inhumanity. Respect the water by turning off its non essential use.

Learn to use reusable bags and return the plant material back to the earth. Composting is the best way to create fertilizer for the next generation of plants to grow.

Simplify your diet and improve your health by bringing in as much plant based foods as possible. Remember humans have been on this planet for thousands of years while the extent of processed foods is less than 100 years old.

Awaken that the power of creation is within you and each choice made affects the planetary whole. 'Lettuce' put fossil fuels to rest in the earth where they belong.

Psychologists tell us not to dwell on the past because it prevents the life of now from being embraced and utilized for best growth into our future. This theory is reflected on a grander scale also. What is oil/petroleum\coal? These are the remnants of creatures that lived long ago. Not only did the Eternal Source Creator destroy them but also buried the majority of it very deep and away from the living world.

What has become of our collective thoughts in society when we have lived myopically embracing the past? We have become a culture of worshipping the dead, preventing others from embracing life. We saw it with the Buffalo, the Passenger Pigeon, the North Carolina Parakeet countless others and now in the midst of a 6th mass extinction. Species are dying at an average of 5000 times the normal rate.*

How is this happening? Through the sense of entitlement. From 1950 fishing increased from 18 to 100 million metric tons per year, ¾ of fishing grounds are depleted most large fish gone and industry would rather let their carcasses rot than offer the protein at below market rate while still edible. Furthermore industry says that the decomposing lives must go in landfills where they create the gas methane up to 71% more toxic than carbon dioxide. When the creatures of our time and space are returned to the soils of now they fertilize the ground with their knowledge and love allowing the next generation to rise from the ground with a power built upon their foundation of being.

It is in the human psyche to return things to the Mother Earth. It used to be seeds and peels and shells and other biodegradable waste that nourished the soil in many ways. Now we are feeding the death industry by spreading the gift of our hands as plastic waste. Americans use 100 billion plastic bags a year, which require 12 million barrels of oil to manufacture. It only takes about 14 plastic bags for the equivalent of the gas required to drive one mile. Target gives away enough plastic bags a year to wrap around the Earth 7 times. The average American family takes home almost 1,500 plastic shopping bags a year.
According to Waste Management, only 1 percent of plastic bags are returned for recycling. That means that the average family only recycles 15 bags a year; the rest ends up in landfills as litter. Up to 80 percent of ocean plastic pollution enters the ocean from land. At least 267 different species have been affected by plastic pollution in the ocean. 100,000 marine animals are killed by plastic bags annually. One in three leatherback sea turtles have been found with plastic in their stomachs.
Plastic bags are used for an average of 12 minutes. It takes 500 (or more) years for a plastic bag to degrade in a landfill. Unfortunately the bags don't break down completely but instead photo-degrade, becoming microplastics that absorb toxins and continue to pollute the environment.*

How is our immersion into clouding our beings any different; the news glorifies dyfunction, most tv programming also, video games affect the entire society as people retreat into a world of make believe. Grocery stores need to be returned

Our waterways are in peril: Jordan river near dried up, 1 in 10 rivers around globe stop flowing through the year, Dead Sea shrinking at a meter per year and Western India has 30% of wells dried up and the Colorado River no longer reaches the sea. By 2025
2 billion people affected by water shortage. This is nothing short of affluent greed: 800-1000 liters of water per person per day in Las Vegas,Palm Springs has lush golf courses.

We have used the living waters of this planet to feed the greed of animal exploitation where creatures that have no voice to protest in governments are trans-species raped, their children forcibly removed from their wombs, mutilated and violently assaulted through their lives and then sent to a slaughterhouse were they see, hear and smell the death of their breed and their own impending demise.

We know that every entity on this planet has a portion of water within its being. Water does conduct electricity and emotions are electrical conductions. When we consume their pain, suffering, bewilderment of being so savagely attacked and sorrow for the loss of life experience ingrained in their psyche how can it not alter the thoughts of our own being? Is this a reflection of the oils of the past (death) integrating into our present and creating a new life in misery?