To: The Texas State Board of Education

On November 22nd, the Texas State Board of Education voted to approve science textbooks with climate science intact! This is a huge victory for our students, our teachers, our planet and our future.

And it was a nail-biter til the end. With last-minute lobbying from monied interests and the oil and gas industry, it made a difference to have over 5,000 people of faith on record in support of climate science! Thank you to all of our amazing action takers who joined the campaign, spread the word, and showed Texas that we were watching to make sure they did the right thing.

You can read more here: http://www.groundswell-movement.org/victory-for-climate-science-in-texas/ 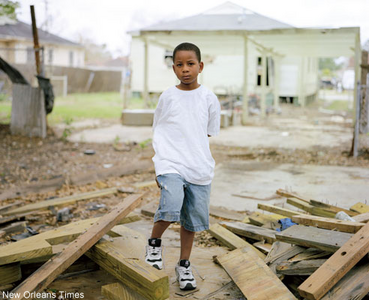 As people of faith from Texas and across the country, we urge you to approve textbooks that speak honestly about the threat climate change poses to our future.

Our students deserve to learn the truth about the damage being done to creation. And 97 percent of scientists agree: Climate change is real and humans are the primary source of the problem.

Did you know that Texas sets the trend for school textbooks across the country? Sadly, these textbooks could soon teach children to deny the reality of climate change. Several members of a textbook review panel - who are on the panel despite being associated with fringe anti-science groups - are urging the Board of Education to censor the findings of climate science.

If the publisher bows to their pressure, textbooks across the country might speak ambiguously about climate change! The Board of Education will make their decision about the textbooks in mid-November, so we need to act now.

Even though 97 percent of scientists agree that climate change is real and humans are the primary source of the problem, these fringe groups are looking to sow confusion. One review claimed “We don't really know that the carbon cycle has been altered.” Another, that: “In reality we don't know what climate change will do to species diversity.” This is wrong – we need to protect honest education about climate change.

Facts shouldn’t be up for debate – and people of faith have a role to play in countering the lie that religion and science are at odds. Some of the reviewers are using faith in their argument against science, so we need to counter their misinformation.

Students deserve to learn the truth about the damage being done to creation. Join Sojourners in telling the Texas State Board of Education to teach the facts about climate change.

On Wednesday in Austin, Sojourners and Groundswell are delivering the petition with our friends at Texas Freedom Network, MoveOn, CREDO and Daily Kos!

Petition is successful with 5,705 signatures

Petition is successful with 5,698 signatures

Petition is successful with 5663 signatures

Petition is successful with 5659 signatures

Thoughts from Rev. Jim Wallis on this issue: