Release Angel Argueta Anariba from ICE detention and reunite him with his son and community! 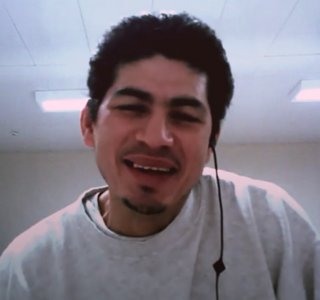 This is an urgent petition to Judge Duck to grant Mr. Argueta bond on Tuesday April 5. Judge Duck must set a reasonable bond amount so Mr. Argueta can be released. Mr. Argueta’s prolonged and cruel detention must end now.

Angel Argueta Anariba fled Honduras in 1998 in the aftermath of Hurricane Mitch to support his family. While in the United States, Mr. Argueta celebrated the birth of his son, worked in construction, and sent money back to Honduras to take care of loved ones. Unfortunately, Mr. Argueta has been in ICE detention since 2014, after serving several years at Otisville Prison in New York State for a prior conviction. He has now been in ICE detention longer than the original prison sentence he served.

In Mr. Argueta’s own words, “In the past seven years, ICE has transferred me 14 times to different jails across six different states, including New York, New Jersey, Alabama, Mississippi, Louisiana, and Texas.  At many of these detention centers, I have been physically abused, threatened with deportation, and told to my face that I will only leave here on a plane to my country or dead.”

Mr. Argueta spends 23 hours of his day in his cell. He faces routine discrimination and neglect of his needs–from his most basic needs for food, water and sanitary living conditions to his health care needs and more. He also faces ongoing retaliation for demanding his rights be respected. He has filed countless complaints against the facility due to the violations of his human rights which have gone entirely unaddressed. In the midst of a global public health crisis, he is at high risk of contracting COVID-19, including long-COVID health complications due to his asthma and other health issues. Mr. Argueta has participated in multiple hunger strikes to demand that his basic rights be met. His longest hunger strike lasted for 34 days.

Mr. Argueta recently won a decision from the Second Circuit Court of Appeals that will allow him to continue fighting to stay in this country permanently based on his fear of persecution in Honduras. He needs to be released so he can fight his case in the community. While in detention he learned English, obtained his G.E.D., worked as the teacher’s assistant to assist others in math, and helped many others pass their G.E.D. tests. He has goals of working to support his family and being an advocate for other immigrants. No one deserves to be isolated from their families for this long. Grant Mr. Argueta bond on Tuesday, April 5th.

We will bring the signatures to the bond hearing on Tuesday April 5th and submit them as evidence to Judge Duck showing the Mr. Argueta has the public's support.

Victory! The Immigration Judge granted Angel $5,000 bond and Angel is officially with his family! After being held in ICE detention for 7 years, Angel is Free!

Judge Duck read your signatures as well as Angel's op-ed and determined that it was time to #FreeAngel.

Thank you for signing the petition and for your continued support for criminalized immigrants who are fighting to reunite with their families and flee violence. Thank you for rejecting anti-immigrant narratives that dehumanize and degrade people who have survived the criminal punishment system.

Angel, his family, and his legal defense team are thrilled.

If you haven't already, you can read his op-ed here: https://inquest.org/no-end-in-sight/