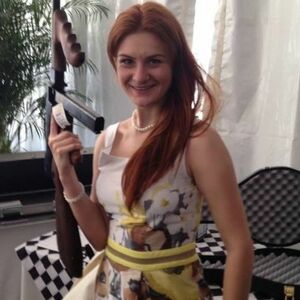 The arrest of Maria Butina shows the Russian government targeted and attempted to infiltrate U.S. religious groups. We need the Senate Intelligence Committee to investigate any ties between Russia and religious groups meant to undermine both U.S. elections and faith bodies. Results of such an investigation must be made public.

If Russia, in fact, infiltrated U.S. religious bodies, conservative or otherwise, in their attack of America’s electoral system, and if religious groups were used to help a partisan political candidate, the American people have a right to know, and Congress must investigate.

Such an attack could undermine the trustworthiness of religious bodies in the United States. It is particularly important that the U.S. Senate determine if any such efforts are on-going. We must protect religious groups in the United States from political influence, certainly foreign influence of which they might not even be aware, and to lift any cloud of suspension. Religious freedom is in jeopardy in the United States if outside groups are misusing faith bodies for nefarious purposes.

We just hit 200 signatures! Please help spread the word by sharing this petition with your family and friends.

Thanks for adding your name to this petition. Can you please help spread the word by sharing this on Facebook or Twitter? Let folks know why you care about this issue!