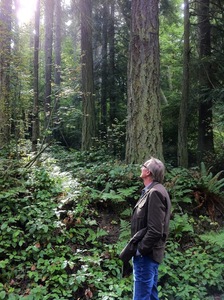 We urge you and the National Association of Evangelicals, which represents more than 45,000 local churches from 40 different denominations and a constituency of millions, to affirm publicly the reality of human-caused climate change and endorse the moral responsibility of individuals, churches, and the federal government to act to reduce carbon emissions and protect our natural heritage for our children and grandchildren.

In his recent address on the topic at Georgetown University, President Obama stated the following: "One day, our children, their children, will almost certainly ask, 'What did you do to solve the climate challenge?'"

Over the decades since its founding in 1942, the Association which represents 45,000 local churches and 40 different denominations, has adopted official statements and resolutions on dozens of public-policy issues, ranging from immigration to sexual trafficking. But it has yet to acknowledge the reality of human-caused green house gas emissions nor our human responsibility as stewards of creation to take individual and governmental action to address such carbon emissions.

In light of what appears to be a complacency, if not simple abdication of our shared responsibility and leadership, we urge the Board of the National Association of Evangelicals to officially declare itself by Resolution on the reality of human-caused climate change and the need of not just individuals and churches to take actions to reduce carbon emissions, but for the federal government to do so by supporting the Environmental Protection Agency's planned regulation of existing coal-burning utility plants.

Given the importance of protecting our natural heritage, we also urge the Board of the Association to declare itself on our faith-based, moral responsibility to future generations to ensure conservation of America’s parks and public lands -- including the clean water, wildlife habitat, and cultural treasures protected therein -- on equal ground with the priority afforded to oil and gas development on our public lands. Unfortunately, under the first term of the Obama Administration, the oil and gas industry leased more than 6 million acres of public land, more than double the 2.6 million acres that were permanently protected for the public to access and enjoy. People of faith believe we do not need to sacrifice the latter (public lands) for the former (oil and gas leases).

Our moral responsibility to speak to these two issues, the first being a regulatory action, and the second a request of President Barack Obama and Vice-President Joe Biden, are well-within the parameters of previous NAE resolutions which have urged actions which the light of history reveals to be far-sighted and impactful, from the banning of smoking on airlines to support for government to encourage fuel efficiency, reduce pollution, encourage sustainable use of natural resources, and provide for the proper care of wildlife and their natural habitats.

When the Board of the National Association of Evangelicals meets in October 2013, we will present you the signatories to this petition, which we hope and pray will include many of the names of leaders who previously and currently serve on the Board and who want the Association to go on record on behalf of these worthy and compelling public policy issues, as well as young Millennials and New Evangelicals who are our friends and colleagues.

Thank you for your leadership.